We all know the drill, dancers need to sit out but we’d still like them to be doing something to enhance their learning.  Telling them to observe the class is fine but what is even better is ensuring that they still walk (or hobble) away as the case may be with some sort of learning experience under their belt.  This dance class observation worksheet helps turn those times when dancers have to sit out into valuable learning experiences.  In fact, it actually helps turn a negative into a positive. Sitting out and taking the time to really watch and learn from the class can really help give dancers a different perspective on a dance class.  It gives them a chance to think about their corrections, to process what other dancers are doing that looks good, and encourages them to think about how they might be able to incorporate all of this into their own dancing.  And if you are ever dealing with a serial sitter outer, this worksheet can really help turn this around or at the very least make sure that there is at least some learning and reflection going on. 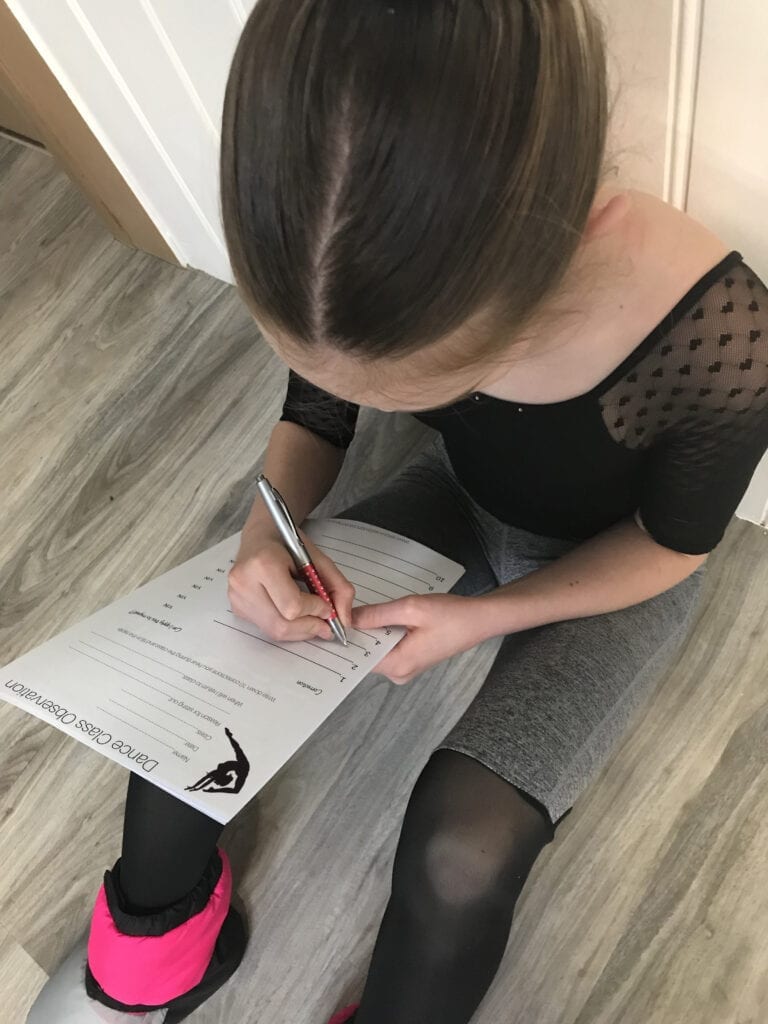 The Dance class observation worksheet is based on growth mindset theory.  In summary, growth mindset theory is based on the research of Carol Dweck. In Dweck’s research, she gave a group of children a basic IQ test. Half were praised for their good results by being told that they must be very smart, while the other half were praised because they must have tried very hard.  The group was then offered a second test.  They were told they could do the same test again or a harder one.  The group that was praised for their ability mostly chose the same test whilst the group that was praised for their effort chose the harder test. Furthermore, when given a third test of the same standard as the first, the ability group actually did worse than the effort group. The ability group, believed their success was due to something innate, something that they had no control over and therefore didn’t want to try something harder as they were afraid it would prove that they weren’t smart. The second group equated their success with effort and were therefore willing to try harder things as they were not afraid of failure and believed, that with effort, they could succeed at harder tasks    Dweck finds that individuals that believe that success comes from innate ability to operate with a fixed mindset whereas those that believe that success is based on hard work, learning, training, and doggedness are said to have a growth mindset.  Fixed-mindset individuals dread failure because it is a negative statement on their abilities, while growth mindset individuals don’t mind or fear failure as much because they realize their performance can be improved and learning comes from failure. This obviously has huge implications for dance.  As dance teachers we want our students to operate with a growth mindset, to want to try new, harder things without being afraid to fail.  Unfortunately, the dance world often tends to reward and praise students for the facility.  How often have you heard people talking about beautiful feet, dancers being praised for their natural flexibility, or being described as a natural turner.  This fixed mindset view of dancers can have huge repercussions for a dancer’s attitude to dance and their willingness to put in the effort and push themselves beyond their comfort zone.  If you would like to learn more about the growth mindset for dancers there are several packs that you can use to work through these concepts with your students. A word of warning though, once your studio starts to implement a growth mindset, the results are phenomenal, so get ready for your dancers to fly! Check out the Success Mindset and Goal Setting bundle here and the Correction pack for dancers here. The latest dancer correction pack which results in a huge shift in attitude and application of corrections is available here.

Feelings about and the ability to apply corrections is a huge part of growth mindset theory, so please enjoy this dance class observation worksheet with your dancers. 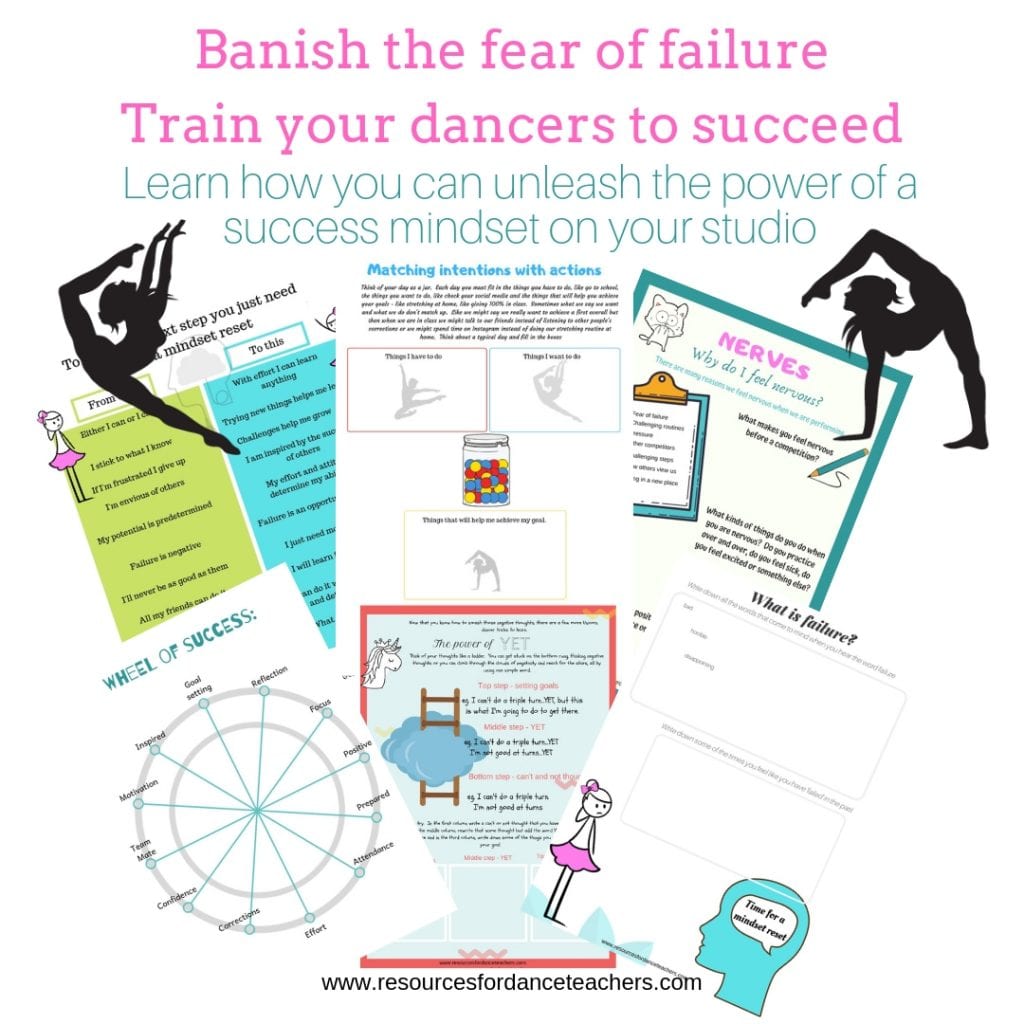 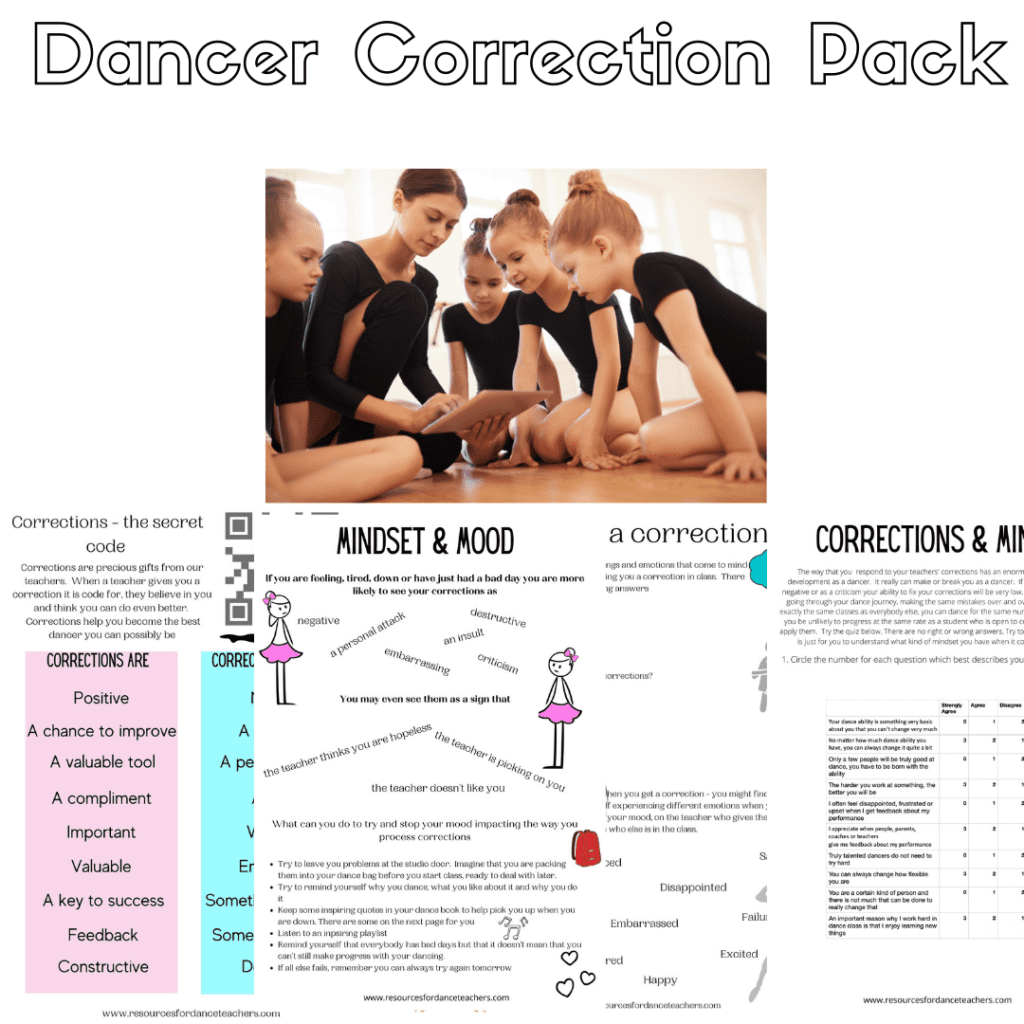 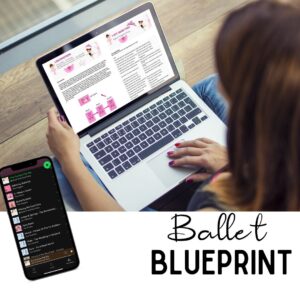 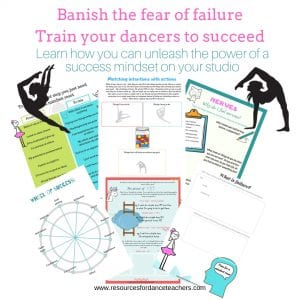